If you follow me on facebook, well first off I’m sorry, but secondly you’ve seen me sharing things about young Alfie Evans, of England, and that tragic story that is happening over there.

I’m very upset about it, and I thought that maybe right now is a good time to talk about why.  I’ve already ranted about this in a previous post, but by gum my dander is up!  I challenge anyone in reader land to this discussion.

At a very basic level, human beings are no different than monkeys.  Or other mammals.  Heck, we share the same Kingdom, phylum, class, order, family, and genus with a ton of other living things (Thank you Miss Lee for the biology memorization.) 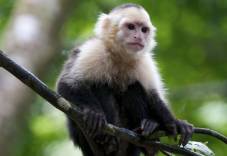 Wait, you are saying there are laws preventing the killing of humans?  Why?  Why not have hunting seasons or slaughterhouses for them?  Why are humans protected under law?  It’s just a gathering of cells.

So here again we have to discuss the inherent value of a human being, why we are different.  What does it mean to be human?  Why human and not chickens?  Or why not ants?  What makes us so different?  I’ve addressed that partially in my other blog post.  If we are different, and under the law we clearly ARE different…. We ARE different under

the law and in the natural order – I’m not a gorilla as much as I might want to be.  I can reason and the gorilla can’t.  I can sit in my souped up wheelchair and ponder how light can be a particle and a wave at the same time.  I’m not my friend Steve even if we are similar.  But… certain groups want to make us the same.

By this I mean govt. control.  The theft of individual rights by a bunch of bureaucrats who have been given the directive that they know better than you.  The relegation of a person to a piece of paper, a case number, and a cost-to-benefit ratio.  This is what is happening for poor Alfie in UK.  It’s also happening to you, with your insurance company.  With your income tax.  With you credit card company.  With you doctors.  Yes, even with some of your churches.

Oh.  Look at that pop culture reference.  Huh, it’s like these themes have been common throughout humanity’s history.

Fact is, you have to accept a basic premise.  If one human life if valuable, then they all are.  If one isn’t, then none isn’t.  If money makes my life more valuable, then anything in the pursuit of more money is now ok because obviously I’m pursuing more life value.  If fame makes me more valuable, then again, anything in the name of fame is ok.  Pursuing intelligence, or a higher work rank, etc…. I’m pursuing value, therefore it’s ok.  Unless it’s not ok to pursue a more valuable life, and we are relegated to a class or caste system.  Not able to improve, but able to have your class stripped from you.

Is that what this is now?  Is that where we are?  This kid Alfie has a lower “quality of life” than my Luke, so it’s ok to let him die?  He’s a lower form of human, so it’s ok to kill him?   Are we even asking this question?  Are we really not looking at the most basic question and seeing the logical twister that we as a society are going through to justify our decisions to class some higher or lower than others?  Why aren’t there more people upset about this, the same ones that cry “racism” and every phobe you can imagine???

Always bringing it back to me, selfishly, I’m keenly aware of my lack of productivity for humanity.  I’m fading.  I can’t do what another healthy man my age can so now I’m relegated to a lower class.  What about my friend Joey?  Or Matt?  We all are in this situation, and our relegation to a lower class.

EXCEPT WE ARE NOT.  We are humans first.  I am Joe, Joey is Joey, Matt is Matt, Alfie is Alfie, FIRST.  Then after that our condition is disabled.  According to written law and God’s law, my value doesn’t change.

We need to be very aware that the unwritten bias in society does not agree.

I’m reading this book written by Virginia Williams, about her life with her husband Frank before and after he was a tetraplegic.  In the immediate aftermath of her husband’s accident, she dealt with some doctors just “allowing the natural to happen”
because no one survived that accident more than 4 days.  They were just letting him die.  Then, when they returned Frank to the UK, a doctor confronted her with “Just how much more effort do you want us to make to keep your husband alive?”  and then, “Have you bothered to think what kind of life you would be subjecting him to if he survives?”.  That Frank was alive, and had a family, and was human… all that out the window, he’s just got a lower quality of life, therefore let him die.  It’s more “humane”.  HUMANE.  As in “human ability to show mercy or compassion”.

Well.  That was in ’86.  Sir Frank Williams is still alive because his wife Ginny thought he had value even if he was a tetraplegic (quadriplegic?)  His race team, Williams Racing, of which he can only participate by words and presence because he can’t use his hands,

went on to win many more championships, in part motivated by Frank’s presence and passion.  Would they have won without him?  Maybe.  But did his presence add something to the team?  They will tell you “yes”.

So Alfie, that sweet little boy that has done nothing wrong, is being told he needs to die because his quality of life will never equal my Luke’s.  His parents are being told to give up, to just let him die.  We are being told, in a nutshell, that his life is not valuable, because Alfie has a neurological medical disability that they don’t understand.  I look at my Luke, who is 3, and I imagine what I would do to anyone who told me his life wasn’t worth living if he came down with an injury.  And then took the ability from me as a parent, deciding that for the good of the State (you have to capitalize the name of your god) he will die and it’s ok, you need to get over it.

Guess who else has a neurological medical disability that docs don’t understand?  This guy with the blog.

What does it mean, then?  It means we are hypocrites.  It means that either all human life matters or none of it does and you can spare me the Marxist bulls*t that you call “worth” because all it is doing is a power grab.  You want to see the consequence of this type of thinking?  France had a very good concept of it.  Historians call it the Reign of Terror.  “I’m more equal than you are, comrade, therefore off with your head, not mine.” I am more powerful than you, therefore it applies to you, not to me… until someone is more powerful than me and applies it to me.  Power and control above all.

I’m really fired up about this, I’m very emotional about it, because I know loss, I have little children and I know what it’s like to have the threat of them taken from you.  I have a disability and am keenly aware of how that makes me a second class citizen.  This type of thinking leads to people like me being casually discarded, making way for “valuable” citizens.

I bring to mind to you all the writings of Martin Niemöller.  One of his speeches in 1946 contains words to remember:

Who raised their voice, maybe the Confessing Church? We thought: Communists, those opponents of religion, those enemies of Christians – “should I be my brother’s keeper?”

Then they got rid of the sick, the so-called incurables. – I remember a conversation I had with a person who claimed to be a Christian. He said: Perhaps it’s right, these incurably sick people just cost the state money, they are just a burden to themselves and to others. Isn’t it best for all concerned if they are taken out of the middle [of society]? — Only then did the church as such take note. Then we started talking, until our voices were again silenced in public. Can we say, we aren’t guilty/responsible? The persecution of the Jews, the way we treated the occupied countries, or the things in Greece, in Poland, in Czechoslovakia or in Holland, that were written in the newspapers

I believe, we Confessing-Church-Christians have every reason to say: mea culpa, mea culpa! We can talk ourselves out of it with the excuse that it would have cost me my head if I had spoken out.

I know the only thing I can do is pray and raise awareness.  I’m praying the Divine Mercy Chaplet, I’m praying for a miracle, and peace.  I don’t know what else I can do.

3 thoughts on “Humanity, and what it means”