I disagreed with Bishop Barron on Facebook this past week. 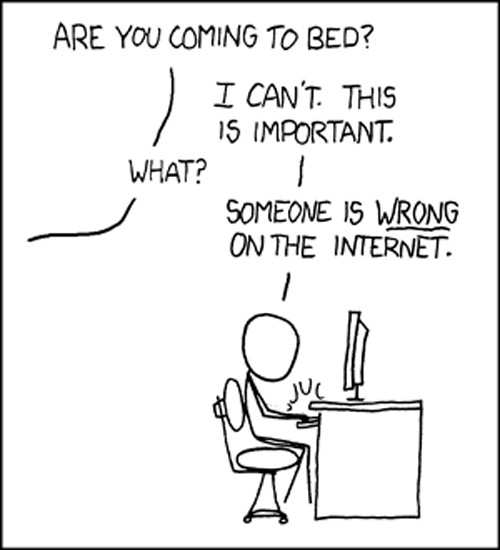 I know!  I’ve defended him when he wrote about and praised Hans Urs Von Balthasar.  And I think his theology is sound, and his new evangelization is reaching many.  And Fighting on the world wide net does no one any good.

In his defense, someone probably responded for him.  That is a separate issue.

So why do I disagree with a giant of the Catholic Church?  He’s wrong.

There is a priest on assignment to his diocese that came out in news stories that after giving a very orthodox homily he was removed.  I loved the homily and openly called for the priest to come to my diocese because we need orthodox priests.  Over the course of the day, conflicting stories came out about him and his credibility.  Bishop Barron commented on Facebook about it, linking to the parish explanation and no more.  I  wrote something about how the episcopy doesn’t realize how it looks.  The response was that I was viewing it incorrectly.  I would link the discussion, but I think it was deleted from his page.

So here’s the deal.  If this priest has problems that caused him to be removed that weren’t the homily, you as shepherd owe it to EVERY parish to let us know what is.  You can’t move a bad apple around and conceal the reason, because that invites gossip and speculation.  All we know is he gave a brave and Catholic homily!  We think he’s great!  So by concealing any wrongdoing under privacy, you’re just doing what the cover up bishops do!  If he was removed for the homily though, there is explaining to do now, publicly.  Yeah, he’s wrong to conceal what has been publicly outed, trying to close Pandora’s box after it’s been opened.  And I don’t feel bad for respectfully disagreeing.

Which leads to a follow-up thought.  I am sorry for the disrespect, but you’ve lost your credibility.  You said you would be faithful and prudent and transparent, but then “everybody knew about McCarrick.  I’m sorry, I don’t believe you when you issue vague noncommittal statements and then back them up by delegitimizing the views of outsiders.

Yeah, uhm, have you listened to the legislative and executive branches the last 30 years?  That’s all they do.  And I’m sick of their crap too.

1 thought on “Another fight on the Internet”