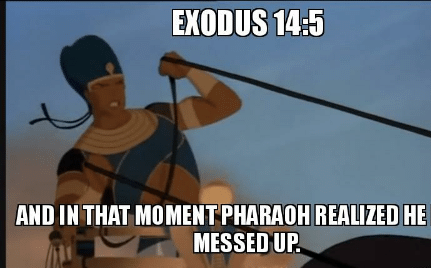 I showed someone my angry unfinished post, and they mentioned that no one reads the angry ones.  This got me thinking about my approach.

Frankly speaking, I’ve fallen victim to pride, ironically in the month of June.  You see, I get validation from readers, either reading and or commenting, and that feedback spurs more posts because oh clearly Reader-land likes what I am writing!  The problem with that is when there’s no feedback or views, I get down on myself, and even get angry, why don’t people want to read what I say?!?  I sound like a liberal marxist, don’t I?!?

So I tried to take a break, I even thought about quitting, because that kind of dependency is unhealthy.  It’s not from God.  I have to think about the fact that I am one voice, in the wind, speaking opinions that are no more valid than anyone else’s.

So I retreated, and ironically enough, found a gem from an online group.  It’s called the international fellowship of St Bruno, and it is the closest thing to a secular or third order Carthusian you will find.  It’s ironic because they teach Quies, or stillness, but try to apply it in this crazy world.

And what a gem, from the Saint of today, St. Anthony of Padua!

A sermon by St Antony of Padua
Actions speak louder than words
The man who is filled with the Holy Spirit speaks in different languages. These different languages are different ways of witnessing to Christ, such as humility, poverty, patience and obedience; we speak in those languages when we reveal in ourselves these virtues to others. Actions speak louder than words; let your words teach and your actions speak. We are full of words but empty of actions, and therefore are cursed by the Lord, since he himself cursed the fig tree when he found no fruit but only leaves. Gregory says: “A law is laid upon the preacher to practise what he preaches.” It is useless for a man to flaunt his knowledge of the law if he undermines its teaching by his actions.

We should speak, then, as the Holy Spirit gives us the gift of speech. Our humble and sincere request to the Spirit for ourselves should be that we may bring the day of Pentecost to fulfilment, insofar as he infuses us with his grace, by using our bodily senses in a perfect manner and by keeping the commandments. Likewise we shall request that we may be filled with a keen sense of sorrow and with fiery tongues for confessing the faith, so that our deserved reward may be to stand in the blazing splendour of the saints and to look upon the triune God.

This is not a treatise on keeping silent, nor to loudmouth blast our verbal diarrhea at will.  It’s to open our hearts to speak the Truth and to live it.  And to speak as the Holy Spirit guides us.  And to not have validation from the number of views or responses, twitter followers or Facebook likes.  If your message is holy, it will reach to whom God wants it to.

What does this mean for the blog?  I’m going to try and write with positivity and not be motivated by anger.  It also means saying things that might offend, but I have to say them in charity.  And it means I have to keep myself in check more.

St Anthony, patron of lost things and Doctor of the church, helped me find my better calling, to keep my mouth shut when angry.

2 thoughts on “it was that moment when he knew…”