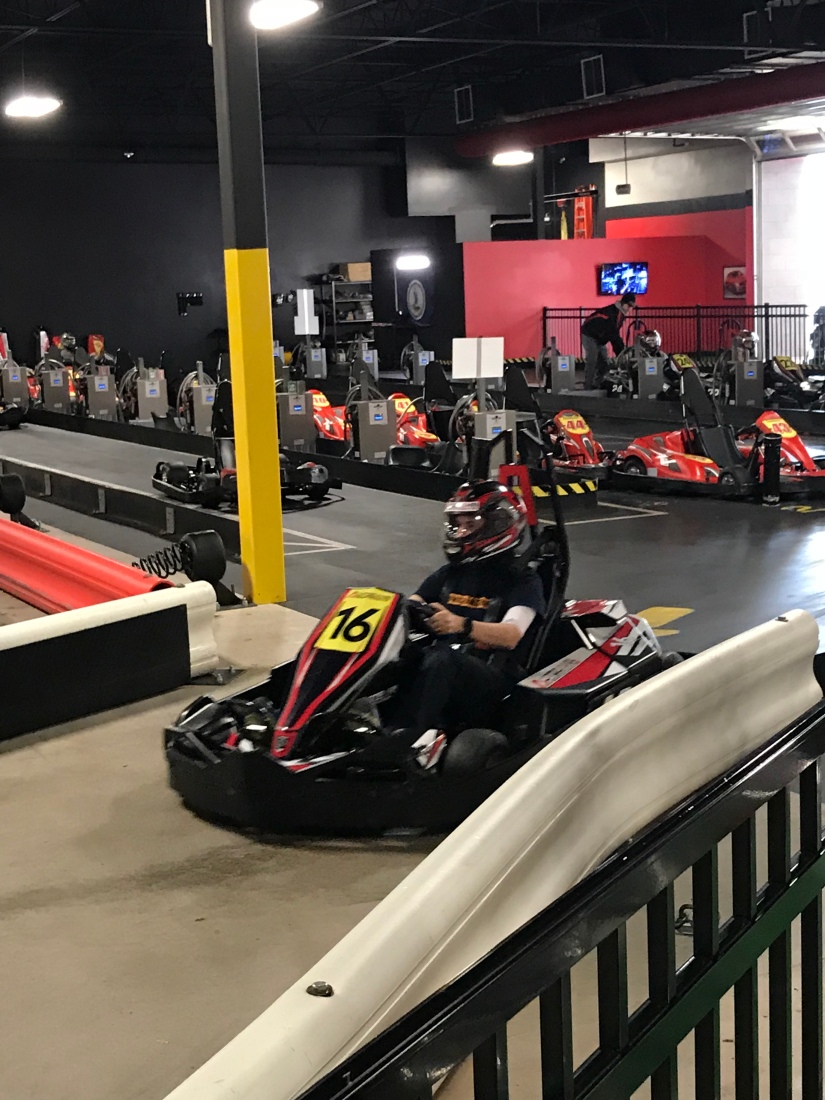 We went Go-Karting for my nephew’s birthday this December.  It was my first time karting I think since I was 11, in Dunn, NC.  I had told my brother-in-law that I wanted to race before my neck muscles went out and I couldn’t do it, so this was a big day for me.  It was also my nephew’s first time – a huge day for him!

We got to go first, and my first misgivings were if I could hold my head up under heavy braking (I could) and if I could turn the wheel well enough with a weak left arm (also yes.). Those two things out of the way, I raced to 4th place and an addiction to go-karting!  It took several laps to find the line, but then it was about pushing the limits of the kart.  My nephew and son also raced after us, and they did really well- 3rd and 9th place overall!  Not bad for the 2nd and 1st time karting.  I think we all have a bug to race, karting is very fun.

I now have a new goal – win one race.  Well, beat my brother-in-law at racing first, he’s very good at it!  Again, I’m not sure how much longer I’ll be able to do it, but can you imagine the publicity brought to the cause if I could be “Racing for ALS”?  And the winning races as an ALS patient?  I think it’s more do-able than we think.  Again, highlighting the reality that I’m not dead yet (‘I still live!’, quoting Edgar Rice Burroughs) and that I can DO normal things.  In fact, because it’s harder for me to do them makes them worthwhile!

Also add in that my ALS accent makes me sound drunk ALL the time, the guys at the Kart track were worried…  Which is HILARIOUS!!

Tomorrow I’m going to rant about innovation for people with disabilities – specifically, mobility.  Let’s open the door about wheelchairs.