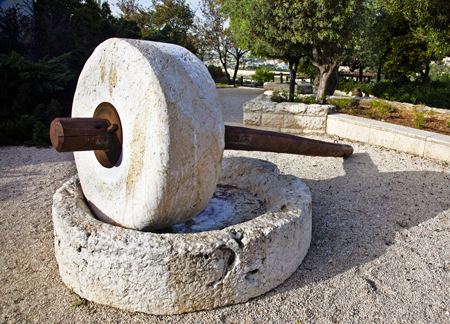 Today I wish to address all the faithful clergy in the Catholic Church.  In a way, this is the most difficult post to write, because it isn’t just saying “good job, you kept your vows and the commandments”, but it is an exhortation from the faithful laity, from me.

You are going through extreme trials now.  Many see your Roman collar as a scarlet letter.  You’ve been painted with a broad brush and pronounced guilty by association, even if there have never been any accusations against you.  As bishops, your credibility is in question, from the world and from people like myself.  And really, you have no defense to put up, because it would sound trite and untrue.

At one point in my life, I experienced a small dose of this scenario.  It was in 2003 or so, right after the first abuse scandal broke in the US.  I was working at Hecht’s at the time, and was the token practicing Catholic.  Members of my team began to taunt me, over the radio, with comments about my priest friends liking little boys, and even doing boys voices over the radio saying inappropriate things.  I lost my head and went to confront them, and in the process nearly got fired for breaking a radio.  I got disciplined and sent home, but no defense offered for their behavior.

You are in a worse situation and you can’t lose your head.  So I offer to you, in my small ability, an outlet for that situation.

First, pray.  Even if you spend hours and you don’t “get” anything from it, pray because your life depends on it.  You cannot shepherd if you have not prepared yourself.  Your ability to be a faithful minister is directly related to your prayer life.  You may neglect any other thing but this.  When I was in seminary prep high school, I was told to be in the chapel for 45 minutes in the morning, and 45 minutes in the afternoon, on top of other spiritual reading, rosary, and other prayers.  I was 16, at most, and while I didn’t “get”  stuff from every time, in my life now I know how valuable each moment was.  Pray.

Second, know that the world needs you, now more than ever.  Even if they are cursing you.  My friend Fr. Tim did a podcast, “In the world but not of the world”,  and it is relevant in that even if the world turns their back on you, the world needs you and you can’t abandon it.  They reference the movie Calvary and also a Graham Green novel.  It is phenomenal, you should listen to it.  The holy father called for priests and bishops to be shepherds, among the sheep.  Now, when the world would love for you to go into hiding, now is when you must be more present to your sheep.  You must be present, and willing to take the abuses because you are the visible witnesses of the faith in your person. If you give witness to your flock, the more likely they are to follow.  You must be visible also because what we are furious about has been done in secrecy and hiding.

Third, the world needs you now to be strong, as well.  The shepherds in the days of Jesus slept outside, fought off wild beasts, were wiry and tough.  Do you think David had shampoo’d hair and clean skin when he slew Goliath?  Do you think shepherding means to grow hair out and have perfectly clean clothes, like in the saccharine artwork we see?  No!  A shepherd was prepared to kill or be killed to protect his sheep!  THAT is your vocation!

But the enemy isn’t wild animals, it’s Satan.  Yeah, I said it.  The devil is real, disguised in fair rainment to make evil seem good, bit by bit.  A little acceptance of a small evil here, a neglect to address an evil there, and without realizing it, the situation is out of control!  You need prayer because your enemy is not of this world, and is doing everything he can to damn you and your flock!  (See The Screwtape Letters by Lewis and The Silmarillion by Tolkien.)

Now the hardest part.  You must speak out on evil.  There can be no equivocation, no noncommittal statements, but direct confrontation of evil where it is.  In particular, I address bishops and pastors, because from my views the greatest worldly temptation is to get along, so that the world leaves the church alone.  (Too often have I thought a tax exemption was the reason none had spoken out.)  You won’t like it.  You will suffer for it.  But because of your witness, your flock will have greater chances of being saved.  When we are baptized, we renounce Satan and all his evil works and all his empty promises. If we don’t speak on what they are, how can we know to reject them?  You must have action.  When St. Paul found there was immorality among the faithful, he didn’t gloss over it or wait to address it.  No, he wrote letters meant to be released and read IN PUBLIC to directly confront the immorality!  He excommunicated them!!!  When was the last time that has happened here? (I make one exception for an excommunication that apparently happened because of some tenet of canon law, not blatant immorality.) You are our shepherds, but if you aren’t leading, who do we trust?  If you don’t point out the dangers, how can you save your sheep?

The one thing that you will share with the unfaithful clergy is this statement: the Truth that Jesus gave us, Himself, no less, does not change with the times nor does it violate the natural order created through the Word.

For you faithful clergy, embrace the fullness of the truth you profess and cling to it, because if you don’t the world will spin you out of control.  Stat Crux dum volvitur orbis.

I don’t want to write the next post, because I know I’m upset and may go full brimstone.  But I believe it needs to be called out.