I’ve been consuming a lot of information lately, since I now live with reduced ability to get around.  And all that I am consuming has also brought me to this point, this horrible, visceral point… A literal stab in the gut.  Cause I’m getting a feeding tube.

What did you think I meant?!

I went for my consult today, up in Lutherville, MD.  To a Doctor named Cromwell.  For a papist like me, it was nerve wracking!  I had no idea if the receptionist was going to hit me with sola scriptura and tell me no surgery, because works don’t help, or if the Doc would force to take the Oath of the Act of Succession, or if Starbucks would lay into Mel about Galileo!  I was just waiting for Calvin to show up and tell me it didn’t matter.  Seriously, this is what you worry about in a town called Lutherville, and a Doc named Cromwell.  Luckily for us, there must have been covert papists in the office.  Our nurse had a Mary necklace, and our Doc said God bless you.  I was unable to draw the ichthus

on the ground with my toe, because it was tile… and America. And not the same era of Henry Viii I am I am.

oh yes, the feeding tube.  So, with ALS, one loses the ability to chew and swallow,.  This in turn causes weight loss, energy loss, and death from starvation.  Being particularly fond of food, but not gluttony, I decided that a feeding tube is NOT extraordi

nary means of keeping me alive, Terry Schiavo opponents be damned.  So Hopkins set me up with their Gi doc who does all the ALS patients.  In fact, over twenty years he’s probably done about 3000 feeding tube insertions, on Non ALS patients as well!  How awesome is it to have a Doc that’s the best?!

So we drove the three hours north, to north of Baltimore, Timonium area, and went into an old fashioned gastroenterology office.

Oh, it wasn’t Muddled.  Just old-fashioned.  And the aforementioned nurse took us back.  You know something about gastroenterology offices?  They smell… Funny.  Not Haha funny, like weird funny. I wonder why?

And John Wayne met us about five minutes later.

I say John Wayne.  He was tall, slow, deliberate, and to the point.  No southern accent, which I will forgive, but a calm confidence in his ability and a great bedside manner.  I highly recommend him for all your GI needs!  we went over the procedure, any risks involved, if it

would be a button or a hose, and he told me I can eat what I want, and get the necessary nutrients through the hose.  Mel was asking the hard questions, like how do we keep it clean with minimal amount of effort, and what can we put down the hose?

I can put in alcohol, so when I’m at Tim and Jen Spicer’s I will show them a new Irish carbomb drink they’ve never seen before! 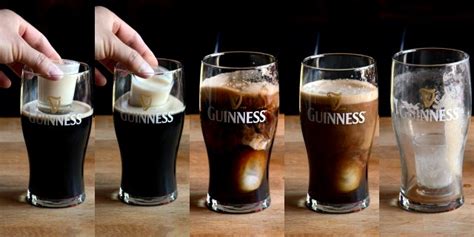 Ok, Ok, in all seriousness, I really liked this doctor.  And I think this procedure will help my overall health.  You, Reader-land,  won’t even know it’s there, unless you want to.  I will get the hose, to start, although he laughed and said they don’t call it a hose, then if I heal up real good like, and if it is worth it, we can exchange the hose for a button.  There is even a return policy if we want to take it out!  The procedure itself is five minutes.  He sedates me, then snakes a flashlight into my stomach to find a good spot, then LITERALLY stabs me in the gut, to punch a hole in my belly and stomach.  Then I don’t shower for a week, to heal.  How cool is that?!?!?!

How many people do you know who have been stabbed in the gut?  I’m like a hard core criminal, straight up Chopper Read!

The drive and time with Mel is the real thing that I love on these trips.  The Catholic Stuff You Should Know guys (from here out abbreviated to CSYSK), once said that the way for men to open up is to do a road trip, where you don’t have to look each other in the eyes and feel we can speak freely.  They are right, as usual and I get to spend quality time with Mel.  I appreciate her.

And the drive back was only one and a half hours!