I saw this on Facebook.  A vile place, but necessary.  An addition to my previous pope musings.

One of the big objections my commentators on the orthodox side was that the pope had not responded to the Dubia after the extremely confusing Amoris Laetitia.  Thus we would have no reason to expect an answer to the heresy bit.  And then I read this article which said something interesting…

Whatever the reason, the world watched, read, and missed the answers to the dubia proposed by Pope Emeritus Benedict XVI in his April essay, “The Church and the Scandal of Sexual Abuse.”

You really need to read the article, because it is a fantastic explanation of doctrine. It goes through and answers the questions, which is brilliant!  It gets rid of the confusion.

Except, it adds more.  See, Benedict is a retired pope.  He’s not THE pope, not anymore.  Therefore, his statements here are of a bishop correcting or accusing the pope, Pope Francis, I mean.  Theologically we can’t have two popes.  Now, is Pope Francis the pope?  Yes.

So if these Dubia are being answered by a bishop indicating that the confusing teaching in Amoris Laetitia are incorrect and we should follow the church teaching?  Not necessarily, there is the potential that AL could be read and explained with the repository of faith as a guide.  Could it be a gentle fraternal correction?  Probably.  Could it be an accusation of heresy?  Probably not.

See, the problem with this article is that it reinforces a belief that Benedict is still pope, and it puts his letter on par with Pope Francis, and that is not correct.  As I said in a previous post, the pope leaves his office by death, resignation, or heresy.  Benedict 100% resigned.  Full stop.  Which means, pope Francis is to be judged by God, except in matters of the faith.  Benedict is right to try to answer these questions but unfortunately, it does not speak for the Vatican or the pope, but only the interpretation of the repository of faith by a single bishop in the line of apostles.

The Dubia ARE NOT ANSWERED!! The Vatican has not explained, and we cannot accept a delegation of authority to another bishop.  The pope made the accused statements and the successor of Peter must clarify them or there will be even more confusion.  I appreciate the effort the article went to, but it leads down the path of antipope.  Therefore, I stand with Fr Fessio in asking for clarification.  The Faith is not meant to be contradictory to itself. 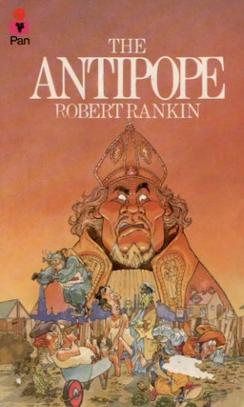