I need to talk about the current levels of Catholic outrage over the claim that the pope proclaimed the Arian heresy, the Amazon synod and also the German synod.  Let’s just say there are heretical kerfuffles. 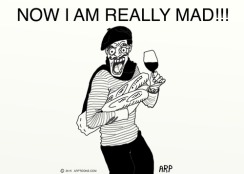 I’m writing this for myself, as I become bombarded with articles and outrage from Catholic media and others on social media.  Fr Tim had given me counsel that I should be focusing on what I can control and my family circle, and so I just want to write this down so I don’t get sucked into any social media discussions.

Let’s start with the synods: the synods have no authority on faith and morals.  They can advance whatever heresy they want, but they can’t change dogma or doctrine or things like that.  And in point of fact, synodality or whatever has no MORAL or DOCTRINAL authority.  They could come out and say that in the Amazon they will ordain women to the priesthood.  Well, by infallible declaration that SAINT John Paul 2 issued in his role as pope, and protected by the Holy Spirit, no, the Catholic Church can’t.  That is how you can tell that those bishops are in schism, just like Henry viii ( I am I am), and his milquetoast clergy who decided on comfort rather than Truth.  Ask St Thomas More.

It’s not a difficult concept, and the outrage that this will create confusion in the church is eighty years too late.  The percent of Catholics who go to weekly mass is what, 25%? That is a bare minimum requirement of showing belief in the Faith.  To add to this, that same proportion of ChrEaster Catholics don’t believe in the True Presence.   So to me the outrage about the idea that 75% of nominal Catholics will be confused, I’m sorry, they didn’t know enough in the first place!!!

Even more so, the same clergy spouting heresy in the synods are doing it in public already!  They have ignored the reform directed by Vatican ii, ignored truths of the faith to gain money, power and sex, and it is good that they are out in the open.  Our outrage should be loud and calling this out, not for a Return to how it was, but to REFORM the decay that had been running rampant.

I might even go so far as to say maybe a similar ratio applies to the clergy.  I am not above saying that there are probably ChrEaster Catholic priests. They just go through the motions, otherwise.  75% probably, even.  Harsh?  Maybe.  Maybe I am too harsh.  Or maybe I know that a priest who loves God and believes doesn’t have a flock of 25%. Ask St John Vianney.

Then, an atheist friend of Pope Francis is saying that he said Jesus was only a human.  This is the Arian heresy and it’s very old, and several popes and bishops were sympathetic to it, yet never was it church teaching.  So the pope is a heretic, so what?  Does it make his papacy any less valid, or does it take away his priesthood?  No, that’s a different heresy, the holiness of the celebrant does not affect the validity of the Sacraments.  Which means a pope in mortal sin can still offer a valid mass.  I covered this earlier in the year, read this one.

Ironically, if he does believe this, then the whole house of cards crumbles around him.  He can’t claim to be above reproach nor demand that we follow his environmental socialist agenda, because if Jesus wasn’t God, then none of His teachings matter, including taking care of the poor and environment.  So…

Lastly, and loudly saying that we have a duty to call out sin and heresy, to bet the life of the Church on these gatherings of bishops is to deny the Holy Spirit.

The Holy Spirit is real, and the gates of hell shall not prevail.

If the church dies by the synod, and the pope declares heresy, then it would not matter, because then the word of Jesus wouldn’t be True, and the whole thing is fake.  But we know it is True.

Say it with me, the Church is infallible on faith and morals if declared ex-cathedra by the pope or approved by the pope from an ecumenical council.  Synods are like bureaucrats trying to make procedural rules and think that everything falls under their authority.

So, while we must pray for their conversion, and realize that schism is coming, let’s remember Who we belong to, ok? 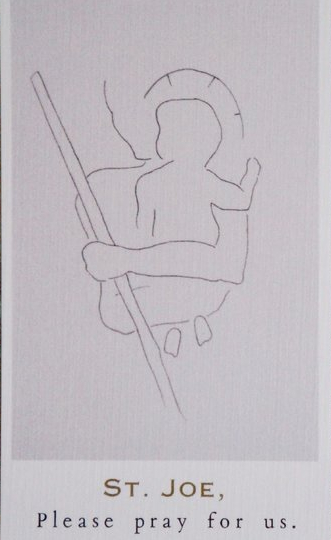 7 thoughts on “Who’s in charge here?”