Means punk, thug, hooligan, in Spanish.  I have been a punk lately, and I just thought I would share.  A sort of “Sorry for the delayed reply” to you, Reader-land, because you are worth it!

To start off, I haven’t felt like writing.  I don’t get out much, and the humor inherent in human nature is removed.  Sure, I could talk about how I slipped slowly, oh so slowly, down the wheelchair until I was sitting on the footrests and Mel was wondering what to.  But that would cause family members to worry and I don’t need that.  Mel is Wonder Woman, and was easily able to get me in the chair.

I could write about Luke calling me old, but we knew that already.  I could write about the Nationals winning the pennant.  In fact, here’s the aside, you don’t say they are going to the world series, you say they won the pennant.  The first implies a small accomplishment, while the latter denotes how big of a deal it is.  Do you remember the famous radio call, “The Giants win the pennant! The Giants win the pennant! “?  They got beat by the Yankees in the world series.  But you don’t remember that, because it’s a huge deal then and now to have outlasted every other team in the league.  Only in baseball.

But I don’t want to write about that stuff.  I have been immersed in writing thank you notes to people, reading what I can, and unfortunately seeing the news.  Idolatry at the synod dominates Catholic news, which I covered already.  Political things which I avoid on this blog I posted on Facebook and made people upset, then I made it worse by also getting upset.  Abortion news, well you all know how I feel about that.  There ain’t that much happy stuff going on, and sometimes being stuck at home magnifies the bad.

But I’m reading Don Quixote, and other things to help me avoid the negative.  Erin VW gave me an awesome book that helps in times like these.  Project Guttenberg is a great resource for old books.  And I have been trying to focus better.  Sitting in front of a computer is not a traditional way of doing it but it is what I can do!  I’m nursing chest congestion and worrying about my soul, and I just haven’t wanted to write.

I have ideas, but they usually are just virtue signaling and someone smarter than me said it better already.  And like I said, I don’t have funny stories to share with you.

So I leave you with this figurine, which is similar to the one we had in New Jersey. 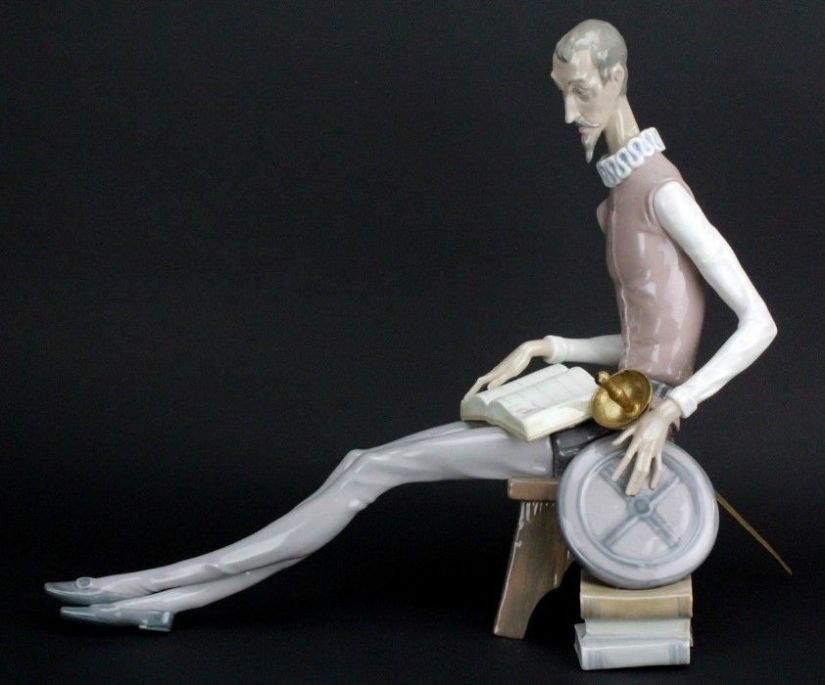