By popular ish demand from Reader-land, option 2 won out.

What is the big deal Catholics were having with the pachamama statues?

The Scene: Scores of bishops and priests and laypeople are by invitation brought to Rome from all over to discuss the situation of the Catholic Church in the Amazon region, called the Amazon synod.  The opening day, there is a tree-planting ceremony in the Vatican gardens, but this weird earth blanket shows up, and in the middle is a wooden statue of a naked, very pregnant, native woman.  Then, a circle forms around the blanket, they start chanting and moving in a circle around the blanket, then led by a woman who is in charge, they kneel and bow their heads to the ground to this blanket statue thing. I have cued the video to when this happens.

The Vatican said it was an indigenous performance, and an ecological ritual.  The statues were later carried in the stations of the cross.  Then the statues were moved into a chapel in Santa Maria Traspotina, where they were left on prominent display. 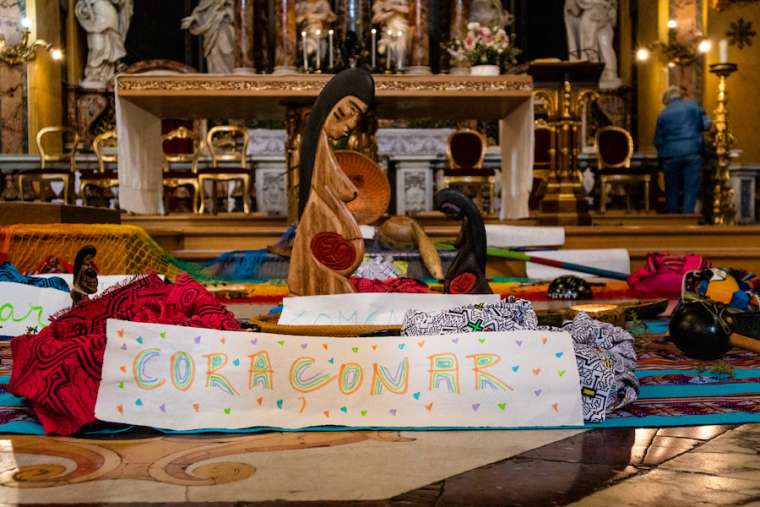 The Catholic world, however, was wondering what in the actual hell was up with the ritual and why everyone was bowing, almost reverencing, the statues.

Someone said it was an indigenous picture of Mary, Our Lady of the Amazon.  Ok, Mary is almost never naked in any art, but ok.  You can make the case that they were asking for Mary’s intercession.  Then the Vatican said, Nope, that ain’t Mary!  I guess for a bunch of old dudes, it seemed like too much.  Well, what are they?  The Vatican then said, oh, it represents life, fertility, nature.  And the Catholic world collectively pooped their pants.

Ever been in a Catholic church?  The good ones have statues of saints, artwork, stained glass windows, giant crucifixes, the whole deal.  In fact, that is one of the accusations the protestants level at us, idolatry.  You Catholics worship statues!  Even worse if it is a statue of Mary.  Which brings me to a Scott Hahn joke, if you have seen a scene of Fatima, three children are kneeling in front of Mary.  He made the joke that we Catholics are so irreverent, our statues worship statues!  (I could listen to Hahn all day and more, and still have more questions!)

Then, the Catholic Church has baptized pagan symbols and incorporated them into the faith.  Germanic people used to worship trees.   Boniface cut their god-tree down to prove it was not God, and then later we baptized the Christmas tree.  Chopping it down of course, like Boniface.  (I’m not sure that is why we cut them down and bring them inside, but my version is cooler.)

Well it has to do with context.  I will present a lot of things here, so keep up.  First, the Catholic Church holds that it’s the true church, founded by Jesus, who is God, and who commanded to go and make disciples of all nations.  The great commission.  This means that as Catholics, we have the duty to share the faith with everyone, because we believe it to be true.  The Good News is that Jesus died, and rose from the dead, opening the door for us to be able to get to heaven, if we follow the way. Two, all statues, artwork, etc, including those things which have been baptized, are all supposed to reflect the image of Jesus imitated by that saint.  For example, Mother Teresa, everyone agrees that she was a good person who helped the poorest of the poor, right?  That isn’t controversial, right?  An image of Mother Teresa is reflecting the commandments of God to love thy neighbor, comfort the sick, clothe the naked, feed the hungry, visit the imprisoned, etc.  It’s not her we are glorifying but God, through her steadfast adherence to His command.  The closer one is to Jesus, the more like Him we become.  It’s why I will never be in a stained glass window!

Dawkins says it is a form of pantheism, but frankly, he’s a biologist and not a theologian.  St Paul said it, and I highlight it with this meme. 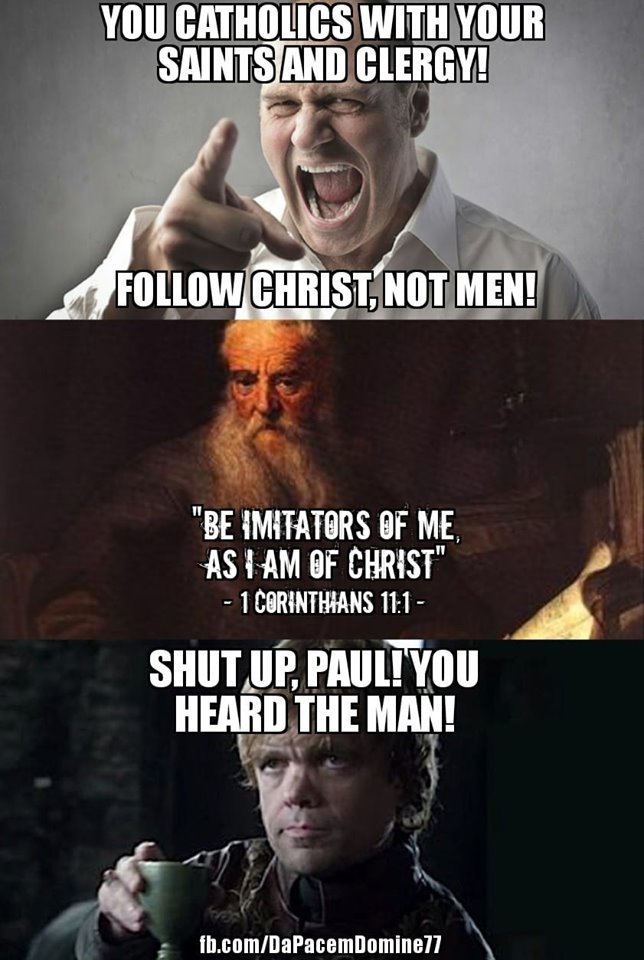 Third, respect.  The respect we have for God and the saints generally precludes very naked, very accentuated art.  Even on crucifixes, there’s a loincloth, but Jesus was probably naked on the cross.  So a naked statue of Mary… Yeah, no.  Fourth, the direction of worship.  If this ritual had been performed in a church and done around a tabernacle, we would all unanimously say that it was an indigenous form of worshipping God.  It happened outside though.  Fifth, the statues themselves are given a nickname pachamama, and the description of what the statues represent becomes a huge deal in light of what the Vatican said they represented!  Sixth, and in light of everything I wrote above, the very first commandment of the ten IS…

2 I am the Lord your God, who brought you out of the land of Egypt, out of the house of slavery. 3 You shall not have other gods beside me.

So, let’s go back to the video and tell me what it looks like they were doing?  It looks to me like an aboriginal tribal invocation.  To whom?  Well, I don’t know what they are saying so I can’t say, but I can say that it is not centered on Jesus, because there is nothing there that is indicative of Christianity.

So here’s why it’s a thing.  If this happens at the White House, no one cares.  People would make fun of the President for whatever, and who cares?!  This was done at Vatican City, in front of the visible head of the church on earth, and many bishops, who are commanded to bear witness to the Truth.  If they believe in the Catholic religion, why don’t they say something?  But they all stayed silent.

Next, by the Vatican own words, the statues represent life, fertility, nature, etc.  In many cultures, a goddess of fertility is worshipped.  The name pachamama, in fact, is the Inca name for their mother earth goddess.  Here’s some other statues that represent fertility. 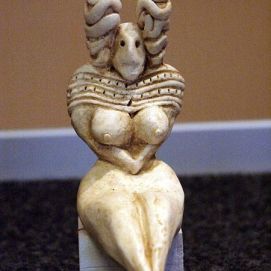 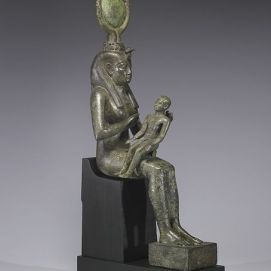 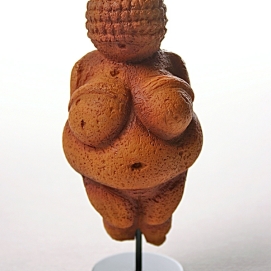 Notice that they all similarly are pregnant, and have engorged sexual organs, because in the mythology, they give birth to the world and feed it from their bosoms.  It’s hypersexual.  The focus is put there.

Fr Dwight Longnecker explains it in a theologically sound manor, but the summary is that the pachamama person is not in any way connected to Jesus or Christianity.  Which, again, if you are not Christian, there is no problem.  The problem is that there was the tacit approval of these actions, almost looking down on the “noble savagery”, as if they couldn’t know better, and the greatest crime would be to have them learn truth and stop worshipping a non-existant god.  Rejecting the great commission, choosing to treat them as backwards, they are failing in their job in the church.

It escalated, quickly, because the Vatican went on the offensive about the Catholics who were concerned about a pagan symbol, idol even, being given pride of place in a Catholic setting.  We were told we were rigid, overreacting, and eventually, we were gaslighted.  We were told that the video that the Vatican released didn’t really happen, but I can see it, and so can you!

Then, two men went into the church one morning, normal laypeople, and they took five statues that were there and threw them into the Tiber river. Video below.

Brilliant stuff.  The Vatican reported it as a terrible theft and many Catholics clutched their pearls and went on their fainting couches to decry the breach of the seventh commandment.  But none of them cared about the first commandment, that I wrote above.  Huh.  Odd.

Well, Moses was so irate that he called to his side loyal Hebrews and then they went through and killed about three thousand men and unknown women. (Side note, either that means that few were calf worshipping, or only that many got caught with their pants literally down.  They estimate 600,000 left Egypt.)  So… Uhm… Moses… Thou shalt not kill, shame on you?

No, what is important is the proper worship of God.  That was and is the greatest commandment, and Jesus said it.  But he also said that it comes before loving your neighbor.  So whoever tells you that Christianity is all about love of neighbor and they never speak of proper worship of God, those people are not teaching Truth.

Which brings us back to pachamama. The statues should have never been brought in, and they should have stopped the practice before they got around that blanket.  Like Aaron in Exodus, the bishops and pope gave in to the people to build and worship their idol, no doubt thinking it does little harm. The guys who took them didn’t kill three thousand people, either.  But they acted like Moses, and they show the way for many spineless bishops.

I’m going to repeat this because I think it is important.  Anyone, I mean even the pope, who tells you that Christianity is all about love of neighbor and they never speak about proper worship and love of God, those people are not teaching Truth!!!

And that is why it was a big deal!

5 thoughts on “Those wooden statues”