Elaine in Reader-land called me out for virtue-signaling that I didn’t want to virtue signal.  And while I was trying to wrap my head around that, a post from this priest showed up in my Facebook feed.  I don’t follow him, so I was asking, what the hell?

Now, if you don’t know who he is, I will give an unbiased background.  Fr Martin is an author, editor at large for America magazine, advisor and spokesman for the Vatican, and fairly high profile.  A lot of his ministry is to same-sex attracted Catholics who feel pushed out of the church.  He is on speaking tours about it, and his book Building a Bridge is a great attempt to engage with people who are dealing with this issue.

Now, what popped into my feed was not about that.  You want me to talk about the church’s stance on that, I will.  But this Jesuit started talking about the priest in South Carolina who denied Holy Communion to Joe Biden because of his public position and policy on Abortion.  The A-word.  It’s my dam blog, you are here because for some reason you want to read what I am writing.  You can’t avoid the abortion topic here.

Fr. James Martin, SJ
29 October at 16:16 ·
Re: Joseph Biden. Denying Communion to politicians, whether Democrat or Republican, is a bad idea and bad pastoral practice. For if you deny the sacrament to those who support abortion, then you must also deny it to those who support the death penalty, which is also a life issue. How about those who don’t support programs to help the poor? Or refuse to help refugees and migrants? How about those who don’t support “Laudato Si,” which is, after all, an encyclical? Where does it end?

Besides, a priest has no idea what the state of a person’s soul is when the person presents himself or herself in the Communion line. As we were taught in our theology studies, the person may have repented of any sins and gone to confession immediately before Mass. You have no idea.

Finally, as Pope Francis has said, the Eucharist “is not a prize for the perfect but a powerful medicine and nourishment for the weak.”

Does that make sense to you?  It should not.  He’s gaslighting you, and creating a false dichotomy, making you think that the abortion is equivalent to the death penalty or an encyclical, and saying that political ramifications of denying him are equal in status to the Eucharist.

Let me put it plainly for the non-Catholics and the non-practicing Catholics.  The Eucharist is the SOURCE and SUMMIT of the Christian life.  It IS the Body, Blood, Soul, and Divinity of Jesus, the Christ, the Second Person of the Trinity, who is GOD.  If you don’t believe that, you are a Protestant.  Got it?

If you do believe it, then you know that you can never worthily receive the Eucharist, we are all sinners.  But Our Lord wants us to receive and stipulates that if you are not in mortal or serious sin, like murder, adultery, grand larceny, etc and so on, then you can come forward to receive, and He will not only join you in communion with Him and the whole church, including heaven, but He forgives your less serious sins!  How amazing is Our God!

But not mortal sin.  That’s like a door that gets shut.  No receiving the Eucharist with mortal sin.  And many people, including Fr James Martin, SJ, will tell me that is not how God works.  They say God doesn’t close doors.  But God isn’t the one who shuts the door, the person who commits the sin shut and locked the door.  Serious sin is actively rejecting God’s law.  How can you claim to be in communion with Him and His Church?!?!  To receive the actual Body of Jesus, the God we worship, in a way more intimate than any sexual encounter, while actively rejecting His teachings?  That is one of the greatest offenses we can do.

Think about bringing home a girlfriend to your wife, and saying that you are sleeping with the girlfriend but you are also totally being faithful to your marriage vows and you want to sleep with your wife while the girlfriend watches. That is what receiving the Eucharist in mortal sin is like.

I completely agree that we don’t know the state of anyone’s soul, but we are not talking about Joe Biden the person.  We are talking about Joe Biden the public figure, who in twenty plus years of public office has advocated for and promoted and voted for abortion.  In his public platform right now, he supports abortion.  This puts him out of communion with Jesus and His teachings.  It puts him out of communion with the Catholic Church.  There are plenty of churches that allow abortions, they are not Catholic.

“But Jesus never said anything about abortion in the New Testament!”, I hear you say.  He also didn’t say anything about bestiality, do you think that is ok then?  He didn’t need to say anything because it was already understood in the culture.  If you look at Jewish history, respect for life was a distinction GodSPECIFICALLY told them after He brought them out of Egypt.  He continuously got upset at the Jews for being unfaithful to that law.  The Jews were distinguished from the gentiles.  The whole respect for life thing had to be told to the gentiles, who celebrated some human sacrifice, and let’s not forget the whole gladiator and feeding Christians to wild animals to eat!

There is a letter to Diognetus, WHICH I learned about from my friend Fr Tim and the Catholic Stuff You Should Know podcast, shout out, that speaks about Christians in the Roman world in the late second century.  I will quote a relevant part and link to the whole thing.  Emphasis mine.

5:4 But while they dwell in cities of Greeks and
barbarians as the lot of each is cast, and follow the
native customs in dress and food and the other
arrangements of life, yet the constitution of their
own citizenship, which they set forth, is marvellous,
and confessedly contradicts expectation.
5:5 They dwell in their own countries, but only as
sojourners; they bear their share in all things as
citizens, and they endure all hardships as strangers.
Every foreign country is a fatherland to them, and
every fatherland is foreign.
5:6 They marry like all other men and they beget
children; but they do not cast away their offspring.
5:7 They have their meals in common, but not their
wives.
5:8 They find themselves in the flesh, and yet they
live not after the flesh.
5:9 Their existence is on earth, but their
citizenship is in heaven.

In Roman times, it was common to chemically abort, and if that didn’t work, the newborn would be left out in the street to die of exposure.  History matters, people!  But this letter specifies that Christians did not do it, and it was a distinctive trait.

Why is the death penalty not the same as abortion?  It’s a juridical consequence for an action of the individual.  Tim McVeigh blew up hundreds of innocent people, an act so heinous that he was sentenced to death.  His own actions.  Now, what action has a developing baby done in the womb?  Exist?  Is that a moral equivalent to bombing a building?  No, it’s not, and Fr. Martin is wrong to say they are both life issues, he’s created a false dichotomy and is using it to confuse people. 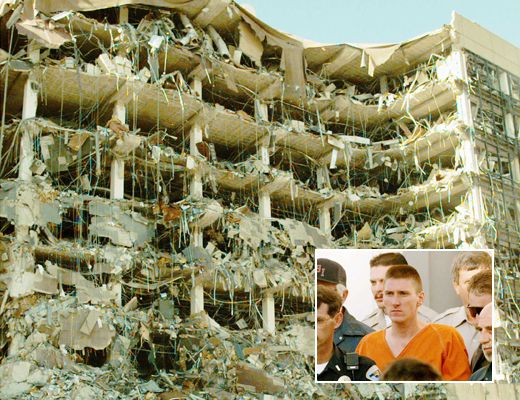 What about the political side of it?  Republican or Democrat, if you publicly support abortion, you should not receive the Eucharist.  Full stop.  Canon law gives the framework.  First, a person in serious sin is not to even present themselves for communion.  Canon 915 is the relevant law of the church.

And the last quote Fr Martin uses is the most devious because while Jesus came to save sinners, He demanded that they repented of their sins and avoided sin in the future.  Here, Fr Martin offers no repentance, but a promise that publicly denying the law of Christ will get you the same reward as loving Him. See my adultery example again.

Reader-land, this should raise the alarm bells.  Now is the time for the spiritual Paul Revere.  Because what Fr. Martin and others who would avoid political scandal are publicly saying is that they hold politics above the sanctity of God.  They would rather profane and abuse the Body of Jesus than create a political scene.  They do what the clergy of England did when Henry viii divorced his wife and started his own church.

This means if we have any faith, we must be like Thomas More.  We must avoid the company of these clergy and politicians, we must not respond to them, we must not encourage them in any way.  If we don’t give them places of honor while they are unfaithful we give them the opportunity to change, to stop bringing home girlfriends to the wife, to continue the example.  Otherwise, they will believe that their behavior is acceptable.

Fr. James Martin, SJ, has built a very worthwhile outreach but here he shows his priorities.  And it isn’t God that he is holding up.  The sad part is, he never responds to people who question his statements, and blocks them.  I’m a tiny fish with a lot less reach but if I can open one person’s eyes to see what he’s doing here, then maybe I helped.

Again, Elaine called me out and here is my virtue signaling.  Way to go, Elaine! 😉