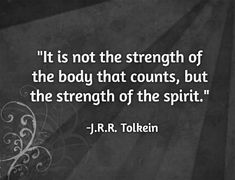 Last night, through the generosity of Erin and I think Kristen, as well as Joey and Jess, Mel and I attended a mass for the sick and a healing service afterward.  I would like to share.

First, for those unaware.  As physical and spiritual beings, we believe that God works medical miracles now as He did two thousand years ago.  If you don’t believe that, well, I can’t convince you.  As Catholics, we gather to receive the Sacraments, outward physical signs given by Jesus when He lived on earth, designed to help us get to heaven.  Every Sacrament has a particular element associated with it, but because God works through them, they all are doing the work He wants.  So anointing of the sick can heal physical or spiritual infirmities, but also forgive venial sin.  Same with the Eucharist.  Or confession, forgiveness of sin but also spiritual and physical healing.  It’s pretty awesome.  But we also gather to receive healing in other ways, as Jesus taught, thus gathering for a healing service. 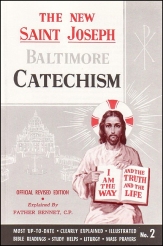 Joe, why are you giving me a Baltimore Catechism class?

Well, Self, you impatient wretch, I’ll tell you.

This marks my second healing service since ALS.  The first, I’ll be honest, was really long and kind of disappointing.  Well, because I got my hopes up.  And it was big and charismatic, and lots of shouting, and marked cures, I am ready to believe I saw a teenage girl legit remove hearing devices and could hear.  But it lacked something for me, or maybe confirmed my unbelief or hardness of heart.  I’m not perfect, yo.

Last night was different.  I’m not a charismatic, I am sorry to say.  I

like logical, peaceful, rational debate and much prefer a one on one experience.  Last night was a simple mass, celebrated by our pastor Fr Lee., who is just awesome, I love him, as well as our other parish priests Fr’s Noah and Juan, and more.  An aside, we are blessed with holy priests at All Saints, and I’m going to be very upset if and when they move on.  Anyway, mass, which I love, then right after mass this little Irish nun came up to talk.  At the same time, the Blessed Sacrament was exposed, so it became a prayerful time.  I love adoration, but can’t do it often.  Then, to make it perfect, the music was guitars, then four part a capella.  And chant, and benediction, and incense!  It was awesome!

Irish folks, I’m really mad at you!  And I am boycotting you, because you are blindly killing yourselves, and your abortion laws, and the decline of the faith through scandal and bad clergy.

Sister Briege was old school Irish though, from the time when you walked to mass and sucked it up if you were sick or whatever.  Tough, good, Irish stock.  And funny, and down to earth, kinda like the Irish I fell in love with!  ( My lovely Mel is Irish, and funny, and down to earth. )  The best part of the whole time was that she kept bringing it back to Jesus.  The person, not the idealized nice guy who said nice things.  No, the guy you could complain to about stuff, or yell at if you needed to, or give a hug, or whatever.  She may have had personal experiences that you can or can’t believe, but those were minor compared to bringing it back to Jesus.

She didn’t seem to get hung up on the physical healing, either.  Like, there was no one there who sprang out of their wheelchair and started jumping around.  But that was ok, and I left after an hour of adoration and prayers not feeling let down or weak in my Faith, but focused and trying to be better.  And renewed in the hope that Ireland will get its head on straight.  The reason for all that is because she didn’t make it about all the supernatural things that we tend to think come with healing, but she focused on the things that have been given directly to us, the Sacraments, and they are there, unassuming, every day for the last nearly two thousand years.  Instead of trying to go outside them, which is totally ok, it was to try to live in them.

Too many thoughts to relate, too many different things to try to pin down and share and I wouldn’t do it justice.  But Mel and I both agreed that we are more suited to this straight-talking, simple, down to earth, practical nun.  That’s the kind of nuns we should have teaching!  She even made a crack about mother Angelica,

which was hilarious!  That is how we are supposed to be, I think, not necessarily some mystical visionary who gets the stigmata.  (That was the mother Angelica quote, who wants the stigmata, it’s awful!)  This is the kind of personality I react best to.

We got home and after talking a bit to Jess and Joe, we went upstairs.  Where Mel made me fall over laughing, joking about seeing if it worked while standing me up out of the Lively!  “Nope, not healed!”  Oh man, she makes me laugh!

It was also nice to meet some of Reader-land!  I am grateful you read my ramblings, and I hope that I can entertain, and maybe even move, to paraphrase Tolkien.  And the bumper magnets are getting around, someone recognized me from them!  You’re the best, Reader-land, and I wish I could meet you all!

A side note again.  Dave, this is for you.  I am not sure how much they knew each other, but Sister Briege knew Mother Angelica.  Jess and Joe had the picture of me hugging mother Angelica when I was 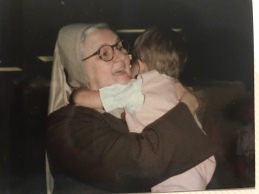 three, which I remember, and we gave it to sister to ask for prayers.  Mother Angelica and Sister Briege are very similar, spitfires, and down to earth, practical, and in your face if needed.  Sister Briege just has the Irish lilt which makes it easier to hear!  But we got our Mother Angelica connection going!

Lastly, after the service on the way home I responded to a text from my sister that I had missed earlier in the day.  It might be a medical miracle, in that medicine might help.  She’s getting us in touch with people to look into Right to Try for NurOwn, since there are people benefiting from the drug, and I probably got the placebo.  It’s a hope and a long shot, but miracles do happen!