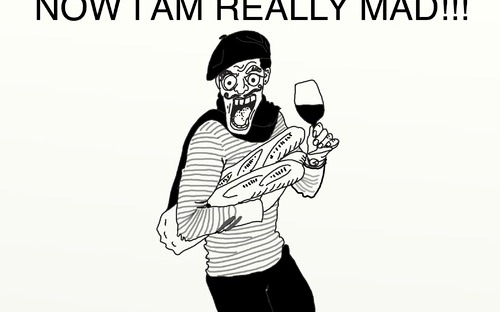 There’s a Formula 1 podcast I listen to that uses this soundbite.  I’m annoyed at people, and you, Reader-land, have to read it.

I just wrote that thing on distractions.  I truly hold to that.  But I am finding it impossible to get distracted by simple things because, well, I have ALS, and it’s so hard.

Case in point.  I have the absolute greatest EV in VA, maybe even the east coast.  The doctors are concerned.  It doesn’t fit what they would recommend.  Well if everyone wasn’t getting kickbacks from the Feds, then maybe there could be some innovation!  But NOOOOOO, too expensive.  Meaning, they won’t make as much profit.  Even though the possibilities of better design are endless.  Can you imagine, landspeeder or Tie fighter shaped scooters at Disney world?  Or Cars?  Or Test Track themes?  My scooter broke down twice.

Then, I hate to say this, but Facebook is a downer!  Yes, I know ALS is terminal and horrible and one of the worst ways to die!  I kinda don’t want to focus on that, actually if you don’t mind?  It leads to depression and anxiety and suicidal thoughts.  I kinda DON’T need that, thanks!

Then there are people like Nathalie McGloin, a paralyzed racing driver.  Or Claire Freeman, a paralyzed advocate, who herself tried to commit suicide and first-hand knows the struggle and her own demons.  She advocates AGAINST the assisted suicide law in her home of New Zealand.

I get to thinking, why?  Why live?  Because articles like THIS travesty make suicide seem so loving, caring, dignified.   It’s more compassionate, and the book Lord of the World references it a lot, too.

That is right, Hitler was a socialist, and his Mein Kampf is being played out in the world legislature.  Oh, they aren’t using gas chambers and ovens, but chemical cocktails, psychological pressure, and dismemberment.  They say that doctors should relieve all pain, including killing the patient, instead of do no harm.  And what of death with dignity?  Is it more dignified to poison yourself instead of feeling pain or having someone wipe your butt?  We all pooped when we were kids and I don’t remember anyone calling for us to kill ourselves then when mom or the unfortunate guest was called.  Oh, but as an adult it’s undignified!  Bull.  The same people saying that are the ones who get drunk off their gourd and do way more undignified things.  Anthony Weiner, anyone?  Alec Baldwin?  Hell, Mel Gibson?  No one is telling them that it’s ok to kill themselves.

Oh, wait, it’s because I’m sick, isn’t it?  I’m not perfect.  I’m uncomfortable to be around.  it’s not about me, it’s about your feelings.  Without perfect people, the world is so uncomfortable.  Well, don’t you sound like Mengele?  A little Hitler!  That’s right, you just embraced eugenics.  Congratulations!

I’m doing a genetic test on my ALS.  In the future, just like with Dr Jerome LeJeune, some assholes are going to use the chance of getting ALS as a reason to abort that baby.  Think about this.  The world wants people like me DEAD!  It’s easier, and cheaper.

You know, Tolkien had a great take on this.  The evil one cannot create, only distort and destroy.

You know how you can tell if you are on the good side?  You are creating, not destroying.  That means instead of killing your problems, you work to create solutions.  Like curing ALS, not killing us!

I don’t know why I have it.  I do know that I have value, even if I need someone to wipe my bum and feed me.  I’ll have bad days, but that is more dignified than choosing to kill myself.

Forgive the profanities, but I have worse I want to say. The SGT from Full Metal Jacket is in my head.