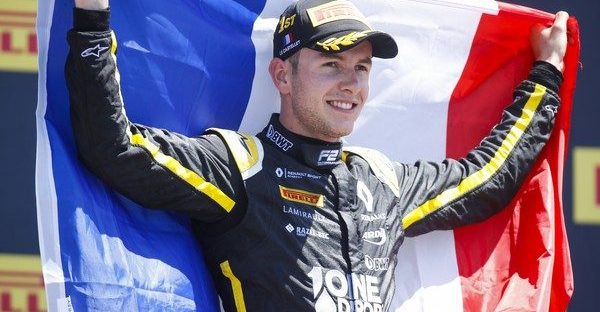 Normally we don’t think about our own death, do we?  The Catholic Church encourages meditation on the four last things: death, judgement, Heaven, and hell.  But we often forget and think it is far away.  Then comes a brutal reminder of our mortality.

I don’t hide that I love racing, open-wheel single-seat racing, from go-karts to Formula 1. It’s just the purest form of car racing.  Well on Saturday in Belgium, uring the very beginning of the Formula 2 race, there was a terrible crash, and Anthoine Hubert was killed.  He was 22.

Hubert wasn’t my favorite driver, in part because he was competing against Mick Schumacher, and also in part because his team’s colors are pink.  But he was incredibly well-loved in the community.  The entire racing world was shocked.  Even I get weepy thinking about it.  He lost his life doing something that he loved doing.  In some way, you can say he gave everything to the sport.  That should be the marker for us too.

Do we avoid anything dangerous because it might kill us?  Is it against God to take those risks, and therefore we should bubble wrap our children and have everyone avoid risk?  I say no.

Abraham left the land of his family to go where God told him, a huge risk at the time.  Moses led Israel through the wilderness even though they wanted to go back to slavery and avoid the risk of dying in the desert.  Tobit risked his life to bury his countrymen.  John the Baptist was killed for speaking truth.  And the Christians were martyred by the thousands for their faith.  Jesus also uses the parable of the talents to talk about risk.  The one who was fearful hid his talent and was not rewarded.

I believe that we all have talents, and they are different for each of us.  Several of my sisters have a beautiful gift for music!  Others have language skills beyond the normal.  Others, athletics!  Others, analytic minds.  The same goes for everyone out there.  Engineers, artists, playwrights, composers, authors, scientists, doctors, philosophers, warriors, athletes, and on and on and on!  There are so many talents out there that we can admire those who are talented where we are not.  We call them heroes!  The development of these talents involves risk, injury, failure, ridicule, and even death.  Does this mean we should avoid it?

No, because the proper use of these talents is to glorify God.  That means taking the risk.  In the case of Hubert, he put his life at risk to drive the best he could.  His talent as a racing driver was obvious to everyone.  The crash which killed him was not his fault.  I can’t know the state of anyone’s soul, but I hope that he was prepared and giving glory to God with his talent.

I had another choking fit yesterday.  It freaked my sister out.  But I am not far away from death, and even I need these reminders.  Am I using my talents or burying them?  Am I risking for God, or playing it safe?  Am I putting my treasure in this world rather than the next?