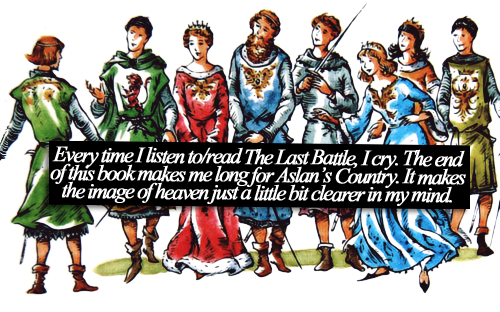 Well Reader-land, because some of you expressed interest, I’m writing this.  I don’t want to get into heresy, but here I have the blessing that heaven cannot be comprehended by the human mind.

“On the feast of St. Nicholas [in 1273, Aquinas] was celebrating Mass when he received a revelation that so affected him that he wrote and dictated no more, leaving his great work the Summa Theologiae unfinished. To Brother Reginald’s (his secretary and friend) expostulations he replied, “The end of my labors has come. All that I have written appears to be as so much straw after the things that have been revealed to me.” When later asked by Reginald to return to writing, Aquinas said, “I can write no more. I have seen things that make my writings like straw.” (www.catholic-forum.com/saintS/stt03002.htm”

I was looking for his take on heaven.  Before I reach the end of this, I might even have some idea, and some quotes. (Editors note, nope.)

But let’s start with the basics.  Have you read the chronicles of Narnia?  You should.  It’s an allegory of Jesus, meant to draw children into greater understanding.  My favorite character when I was younger was Jill, because I always thought she was pretty in

the Silver Chair, but as I got older and saw more layers, Lucy was the top.  Lucy had the childlike innocence to find the world in the first place, and maintained the most steadfast faith in Aslan in all the books.  So much so that Aslan calls her Dear Heart.   I love that line, and love to secretly call Mel and the kids that.  Especially when he tells her, Courage! 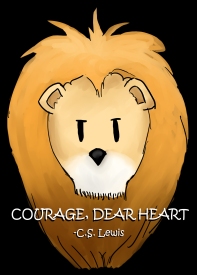 In the Last Battle, they go to heaven.  Sorry for the spoilers, but there it is.  And the description of what happens, is amazing.  Lewis captures the biblical reference to a new heaven and a new earth.  The characters experience that which is familiar, England, Narnia, except it’s all available, all clean of any suffering or dirt or imperfection.  Places they remembered or had never been to, and no bad memory to trouble this or that.  It’s really quite extraordinary, and I think he captures a small idea.

But wait there’s more!  There is also a constant growth in understanding.  Things revealed that had been hidden.  And on top of that, those who went before.  Parents, grandparents, legends, heroes, friends, everyone you can imagine!  It’s a real party, with people and time to spend with them!  I love it, he does such a good job expressing what he thinks heaven may be.

Well, I will return to him later.  There is a fantastic podcast, called

Heaven, by my friends Catholic Stuff You Should Know, and I’m going to blatantly steal from them here.  What is your concept of heaven?  Fr Nathan jokes that we have this idea of heaven being naked standing around being bored.  Sitting on clouds playing a harp, maybe?  I hesitate to say it, but what about heaven as the mass, for eternity?  Kate would say that is boring.  Sorry, Dr Hahn, but the Revelation is the Mass is not beautiful to eight years olds!  Are we just up there, looking at God, and singing forever? 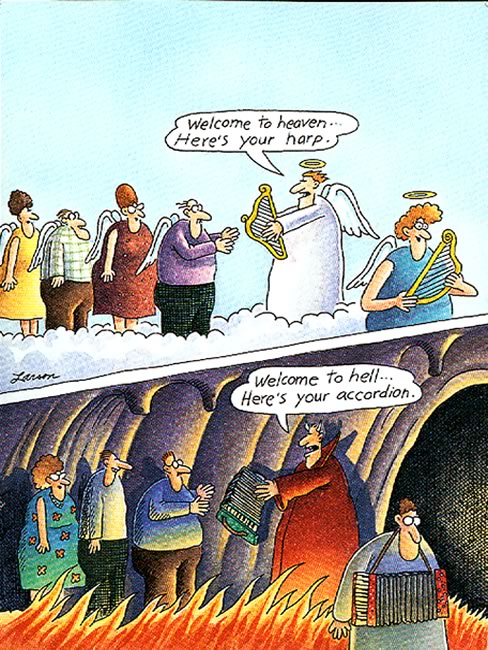 So, saints have been caught up in ecstasy just conversing about heaven.  Ecstasy, the greatest form of joy that is possible.  Think about that.  I’m pretty sure that there must be something incredibly beautiful.

Ok, so let’s be honest how many of you in Reader-land have thought about it?

Which brings me to the favorite theologian of Fr John Nepil, and not a heretic no matter how hard Church Militant yells it, Hans Urs Von Balthasar.  I’m going to steal again from the podcast, because I haven’t actually read his Magnum Opus, but he worked on the three transcendentals, Truth, Goodness, and Beauty.  Except he began with Beauty, because you don’t capture hearts with Truth alone.  Imagine, falling in love, and the first thing you are presented with is a baseball card of facts about the woman you love.  That’s not how love works!  You are attracted by something beautiful, not how much she weighs or how long her left arm is in inches!!!  Von Balthasar believes that is the way to God.  God IS love, He IS the Way, He IS the Truth, He IS Goodness, He IS Beauty!  But you don’t fall in love with the ten commandments, you fall in love with the person.  It’s so super deep that I can’t explain it.

Fr Nathan has this comparison, and you have to hear him say it. 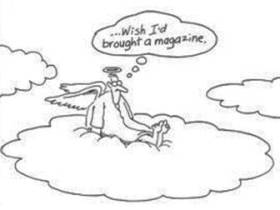 And he’s talking about beauty and the Faith, but do you see the connection?  Heaven, is it going to be full of cake, or virgins, or whatever was denied you on earth?  No!

But I don’t think it is going to be sitting around naked on clouds playing the harp and looking at God.  I can’t imagine Aquinas throwing out all his work as straw for that vision, even if he was a celibate friar!  So, what is heaven, then?

Well, here’s my take.  First, Heaven is the Mass, but instead of the veil, time and space are open and we can SEE the reality of the Passion.  You see God unveiled, the Three Persons!  And in greater joy, you can’t mess up or sin, there are no more!  That in and of itself is mind blowing.  Heaven is forgiveness, for every bad thing you’ve ever done or said.  It’s complete openness because everyone knows what you have done and there’s no resentment or anger.  That forgiveness stems from God, who judged you and now shares His joy with you, for you and I were lost and now found.  I don’t know if this is heretical, but joy will increase because you are there.  Can you imagine the celebration? 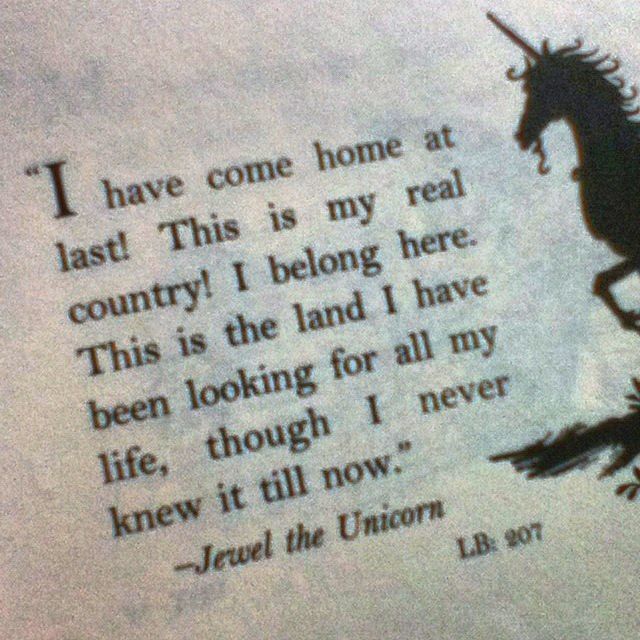 It’s meeting your best friend, your Guardian Angel, who was with you all the time and now shares his joy with you, unveiled.  It’s meeting the Holy saints who have gone before.  You will even hear St Joseph speak!  Family, friends, there to meet you.  As Fr Nathan said, imagine when Jesus went to heaven and saw St Joseph.  What a reunion.  I can go on .

But our humanity is there, too.  Jesus and Mary have their bodies, and we will too!  Is eternity just meeting everyone?  No, I believe it is also discovery.  Our human mind wants to learn, and I believe we will learn that which was hidden or difficult.  Relativity?  Quantum mechanics?  The role of the angels?  How evolution ties in with intelligent design.  What event in history… How Greek fire was made!  I don’t think that the discovery of those things would be held back, but there would not be the labor to solve it.  Our humanity is not thrown out, it’s glorified!

And then the surprises.  The people you never thought would be there, through God’s mercy, share your joy.  And it won’t be unpleasant, either, for anyone.  Just more joy.  (There will be a lot of eye popping if I make it, I can tell you!)

But wait, there’s more.  Scriptures promise a new heaven and earth.  This means something, but I can’t understand it.  But if Jesus became human, and glorified humanity, then the good things of earth are not bad, but will also be in heaven.  Now I am speculating, but it can’t be that our physical world is bad.  Therefore, I have to imagine a glorified world after the end of the world.  Yes, maybe that even means racecars.  I don’t know. 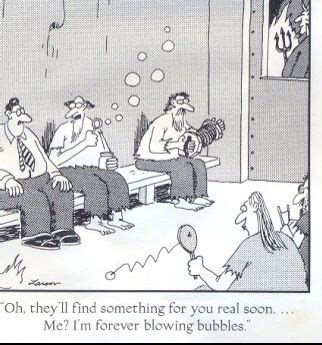 But Lewis described a supernatural and natural reality, where we are in the glory of God but also able to explore, to see the world as it truly is, or was meant to be.  There were fruits that were more delicious than their earthly counterparts, swimming, running, flying.  Meeting with ancestors, old friends, family, and God Himself.  CS Lewis mastered a description of heaven that we will do well to read and refresh our minds, because we hear so often of hell that we have forgotten the wonders of heaven.

We can’t wrap our heads around it.  But we need to think about it.  Jesus came to earth preaching that the kingdom of God is at hand.  The Beauty of the kingdom of God is Jesus Himself and His desire to spend eternity with us in a place so beautiful that we can only describe it as ecstasy.   This is the Beauty that leads us to Goodness and Truth.  Maybe instead of fear of hell we should remember that Jesus spoke first of Heaven, and His entire purpose on earth was to enable us to share His joy.

Now, doesn’t that sound better than an eternity of naked cloud sitting, or unlimited cake?

4 thoughts on “On Heaven”