I want to tell you a story, Reader-land, and yes, it has to do with abortion.

There was a teenaged girl, a long time ago. She lived with her parents, and she was raised in a strict religious environment.  This girl followed all the rules and more, the neighborhood kids were all told by their parents, “You should be more like her!”  Going to religious meetings, the girl knew the religious texts better than anyone her age.  She never deviated, and many said she would stay religious her whole life.

It wasn’t unexpected, all kinds of cultures had women in religious roles.  This girl would probably do the same, and no one seemed to mind.  Maybe they were jealous of her, since she seemed to get it more than others.  Maybe that is unfair.

One day, the girl began to get flushed easily.  Then, out of breath easily.  Then, what I can only describe as “a glow”.  She couldn’t do the same work as others, and her belly began to swell.

Suddenly, miss perfect wasn’t so perfect.  The girl who was so religious was a great big hypocrite!  How the knives came out, behind her back and to her face.  “It’s a disgrace!”, they told her.  “We should get rid of the problem”, they said.  Under the law, they could get rid of the “problem” without a second thought.  Many wished that would happen instead of embarrassing the family.

The girl didn’t talk about it to anyone.  Maybe to a cousin, or her mother, in private moments.  But she stayed quiet, and time passed.

At some point, the family took a vacation.  The whole extended family went, but the girl went separately.  She decided to go with a boyfriend that everyone thought was the father, so they berated him too, for not taking care of the “problem”.  How could he care for the girl, getting her pregnant and scandalizing everyone, and not doing the responsible thing!  The girl is virtually an outcast from her family and community!  She will have no future!  Do the responsible thing and get rid of it!  But he didn’t, and he didn’t say anything either.

They arrived at roughly the same time as everyone else in the family, and since it was a vacation, they had a place to stay with a lot of rooms.  But the family, now in private, let the claws come out.  They refused to let the girl and her boyfriend have a room.  The “hussy” could sleep on the couch, and the boyfriend could sleep on the floor.  That way there was no temptation for them to do anything else.  It didn’t matter if she was pregnant, the boyfriend could take her to the hospital if she went into labor!

Think about this for a moment.  A pregnant girl, a member of the family, was being treated terribly because she nor her boyfriend would get rid of the embarrassing pregnancy.  The whole extended family was cruel and pointed in their treatment of the embarrassing teenage girl.

I said that the story was from long ago but doesn’t it sound like something you hear about every day nowadays?  Teenage pregnancies, families embarrassed, and no matter how religious they are, they are all too willing to get rid of the embarrassing pregnancy.  Parents bringing daughters, boyfriends bringing girlfriends, girls going without anyone knowing because they think their parents will kill them.  When the child (because teenagers are children) decides not to get rid of the pregnancy, she’s held up as someone who threw away her life, and then she’s put on a TV show to show the world how weird and terrible she is, like a circus freak show.  I know you have seen it on MTV.  And I see the discussions on pro-life websites, about how any choice but getting rid of the pregnancy is a bad choice, not empowering to women.

Am I far off base here?

So, my story.  Is it true?  Have you figured out what I am talking about?

Yes, I am talking about Mary.

Did you know that premarital sex was punished by stoning the woman to death?  Did you know that they didn’t use gravel, they used large rocks?  And it was perfectly legal to abort the baby by killing the mother and baby.  To top it off, in a small town, everyone knew about it, and the family would gather to throw stones to publicly repudiate the shame, and the rest of the town would partake too. 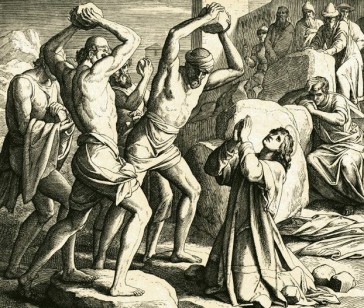 But let’s talk about the “room at the Inn” myth.  The word Luke uses means guestroom, not hotel.   They are going to the place where there are aunts and uncles and family.  By the time they got to Bethlehem, Mary and Joseph were still only betrothed, not married, and everyone knew that Mary was pregnant beforehand.  She was about to pop, there was no doubt it was premarital.  Then, remember, they were going back to where there was family in Bethlehem.  They would not be looking for an inn, they would be staying with family.  And, in Jewish culture at the time, an honor culture, a pregnant woman was afforded the greatest care.  So think about how vicious the family was, not giving a room to the pregnant woman!

But they couldn’t send them away, either.  It would have been more scandalous if they sent pregnant family away!  The whole town would be up in arms against them, and they would have to share the reason why, which would mean dishonor, or the dishonor of turning away pregnant family. So they had to compromise.  Now, here comes the history.  Contrary to normal portrayal, the traditional Israelite houses were built around a central room location, which is where the animals were kept at night.  They didn’t have farms and stables like we think of.  It provided common warmth for the animals and even some for the adjoining rooms.  This is the stable that they stayed in!  Can you imagine the looks and scorn Mary and Joseph got?  “We know what you did.  We’ll let you stay, but not in the family area, you can stay in the stable.”

I have to thank the Lanky Guys podcast from 2016 for this insight.  Start at minute twenty-six, and explore the actual happenings at that first Christmas.

The reason we can assume the above is because Luke says later, about the shepherds,

16 So they went in haste and found Mary and Joseph, and the infant lying in the manger. 17 When they saw this, they made known the message that had been told them about this child. 18 All who heard it were amazed by what had been told them by the shepherds. 19 And Mary kept all these things, reflecting on them in her heart.

Did you catch it?  All who heard it.  Who else was there in the stable besides Mary and Joseph, unless other people besides the shepherds were there.  The commotion of a bunch of shepherds, knocking on doors, trying to find them, that probably woke the family up.  And now they are awake to a newborn baby and these crazy shepherds are shouting “Glory to God in the highest!”  Wrap your head around that!  The family are being told the message of the angels, and all of a sudden that meanness goes away in wonder!

Christmas is the most mind-bending moment, besides Easter! 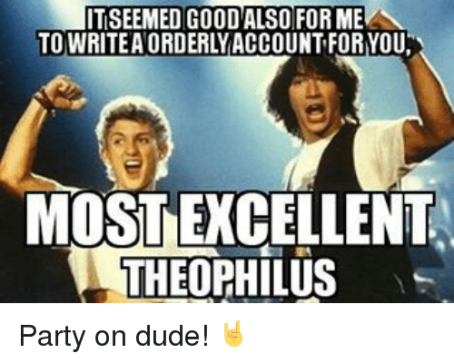 But we often think like the family, can we get rid of the embarrassing problem?  Can we somehow hide our shame?  Pro aborts are always yelling about how many Christians get abortions, even Nancy Pelosi and Joe Biden don’t think it is wrong and they claim to be Catholic!  We are not so innocent of the vitriol and meanness that Mary and Joseph had to deal with.  We give lip service to the religion, but when abortion comes up we close our mouths, daring not to speak against it.  Is that because we want it to be available as an option?

Even the bishops of this country, only TWO spoke out!  There should have been a mass of mumbling and protestations while abortion was being placed on par with immigration, but no.  If I’m being honest, it looked like one bishop raised his eyes, but no other movement.  According to Guttmacher, in 2017 there was an average of 42 abortions per state, per day, just the US, mind you.  And some bishops wanted to say that killing was not preeminent in importance!  Two bishops immediately stood up and became the face of courage, like St Joseph, to defend the unborn child.  The rest hid behind anonymous votes.

Joseph tried to hide behind an anonymous vote.  He didn’t want Mary to be stoned to death, but he also didn’t really want to deal with it.  But he was challenged, and in his response took the face of the defender of the unborn, to suffer the slander, the gossip, the looks and snide comments.  He knew that he and Mary had done nothing wrong but he is never quoted as trying to explain to people.  He just defended the Truth.

My story is long, and it has many meanderings.  The Savior of the Universe was an unplanned pregnancy in the eyes of the world.  Today we don’t think twice about the inconvenience that kids are, and we are quick to abort or comment about people.  In Jesus’ time, they didn’t think twice about stoning a woman to remove the shame.  The times are not dissimilar.

Remember that the King of the Universe was once an unborn embryo, fetus, etc.  Then question if your church would support killing Him just because it was hard for Mary.

Maybe we can think about Christmas in this light.