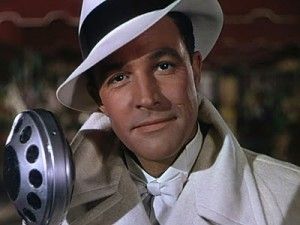 Of course, with ALS, dignity is… A little different!  Reader-land, I have shared my undignified moments with you, and you know that after a given situation, it’s something to laugh about later.  And I’m all for that.  But I want to highlight something different.

It’s hard for us to let go of control.  For me it goes in spurts, but I have to still grunt and whine to make sure I won’t die in a given situation.  For friends with similar issues ( Joe Grimberg), you know the deal.  Also, you have endured far more and for much longer, and you are a saint.  Anyway, as hard as it is to let someone dress, bathe, and feed me, there is the other side, the caregiver.

If I’m stuck on the floor, or need help in the bathroom, it’s easy to call for help.  The only thing is, do we respect the dignity of the caregivers?

I think we have rejected it and sanitized our lives to remove any embarrassment, not for the one who needs help, but the ones around.  An ambulance whisks away a patient, and the world resumes the flow.  We rely on hospital staff to take care of the inconvenience of bathroom mishaps.  Nursing homes for the elderly and disabled.  Our society is built now to keep all that out of sight.  Spare us the embarrassment of seeing the less fortunate.

You think I’m wrong?  The patient has no privacy in a hospital.  I have shown my privacy parts up the eastern seaboard!  In nursing homes the same, only more isolated.  There is no dignified way to wear a backless gown designed for your butt to be exposed!  A study that I can’t find again from Canadia said that a large number of people who opted for assisted suicide were because of the toll on loved ones.  And how convenient it is to have that person pick their death day so the family doesn’t have to worry or care for someone indefinitely.

But the people who are willing to put their own embarrassment and discomfort aside and engage the patient as a person gives dignity to the patient and to themselves.  They say with their actions, “you have value, and I receive value by acting beyond my comfort zone”.

Recently, I was in a pickle.  I needed help from Mel, but she needed help so we got Jack.  In the moment, I watched Jack overcome his embarrassment and literally help his helpless father.  Just think how jarring that is, being the man of the house when your father is helpless!  And he stayed with me, got the Tobii so I could communicate, and in a situation that I know scared him, he kept cool.  I’m absolutely floored by his love and generosity, freely given.  God blessed the world something special when He gave us Jack!

But why?  Because in the moment when I needed help, he gave me dignity by caring for me, as did everyone who helped us.  I wasn’t some patient, I was Joe.  And in giving me dignity, they received dignity back, if that makes sense.  The love and gratitude that I give them raises their dignity.

Recently there was an insurance commercial that talked about the four loves.

Agape, that is what you show when you give dignity to the sick.  A higher form of love.  You don’t show respect to a person when you want to put them down like a pet!!  Speaking of which, I want to point out that they want to make California a no-kill shelter state, but they allow humans to kill themselves willingly.  Your pet will have more dignity than your grandma, or people like me.  I really have a rant about love!

I honestly don’t know how to end this one.  Thank you, Mel, Jack, Tim, Jen, Jess, and Joey for loving me as a person, and giving me that dignity even when I was totally helpless and dependent.  Thanks for giving an example for Reader-land.  I’m super blessed.